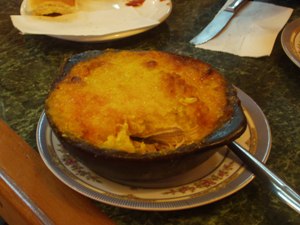 OK, I confess!  I went a little overboard a while ago trying out different liver pÃ¢tÃ© recipes.  In total I made three different batches of pÃ¢tÃ© using two different recipes and different mixes of beef and chicken liver.  To be honest with you - after having worked with the liver (not the greatest thing to touch!) and with its âspecialâ aroma â I was not even sure that I wanted to taste the pÃ¢tÃ© any longer.  Fortunately it had to cool down in the fridge overnight â and the next day I was ready to dig in!

The first recipe comes from Allers, but I changed it just a little â not sure if it was for better or for worseâ¦..

2.    Put the poached liver along with the following ingredients in a bowl and mix just a little with a large spoon.

3.    Grind the above mix in the meat grinder.  Once for coarser pate (which is what did) or twice if you want a finer pate.

4.    Add the following ingredients to the ground liver mix and mix well:

6.    Put liver mixture in small oiled loaf tins and decorate with thyme sprigs or pieces of anchovy.  I used some small aluminum tins I found at the store.  They have lids that I think will be good for storage.

7.    Cook in oven in a water bath for about one hour till the internal temperature is 76Â°C.  It took 55 minutes in my oven to reach this temperature.

9.   The original recipe indicated that the pÃ¢tÃ© can be frozen.  If it is edible and we do not eat it all at once, I will try to freeze it and I will let you know later on how that turns out. 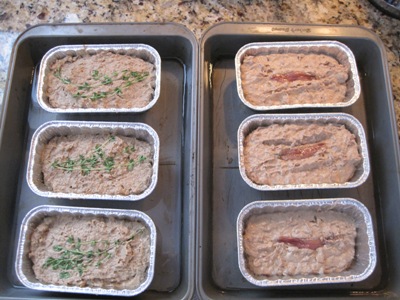 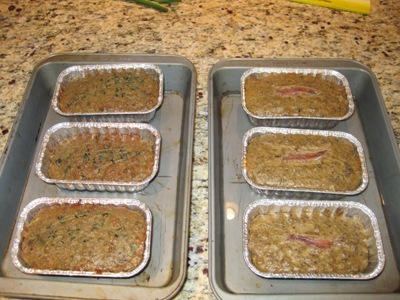 This was a recipe I found in the CrÃ¨me de Colorado Cookbook, but once again I made some modifications and I have to take all the blame for the potential disastrous result.   I prepared this recipe last and as you can see the trend is obviousâ¦ measurements did not matter as much at this stageâ¦..it was all done âal ojoâ.

1.       In a large pan sautÃ© the following ingredients until the liver is just done.  I have no idea when the liver is âjust doneâ so I may have overcooked itâ¦.. ugh!  It was definitely not raw.

7.       Stir in heavy cream till the consistency looks right!  â¦..coming from the one who has always complained about the Chilean recipe books that are not specific about measurementsâ¦.{eye roll}.

8.       This recipe filled four small oiled loaf tins which I decorated with chopped green onions.  I left the tins in the fridge overnight to chill and firm.

We had lots of leftovers which were frozen for future use and we will update you on how it tastes after defrosting.

Let us know if you are able to come up with improved versions of the liver pÃ¢tÃ© recipes.  We love pÃ¢tÃ© and nothing is better than home made with all pronounceable ingredients.

In order of preparation:

If you can buy Paxo sage and onion stuffing do so and prepare as indicated on packet with extra sage. If not â read on….

(a la Delia via Rob) 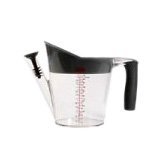 These recipes date back to our Thanksgiving celebration in Ithaca, New York, in 2001.  We had a great time with a nice mixture of nationalities. Some of us had never celebrated Thanksgiving before. Now we were to celebrate Turkey Day in its correct environment: the USA! We didnât really know what to do, so we decided to call in the expertise. We got party experience, dried apricots and Boston beer from Erik-the-half-a-Swede, Rob-the-Brit brought turkey roasting experience, Alvaro-the-Chilean brought entertainment and cleaning abilities, Kristin-the-Norwegian brought recipes for American dishes, SigbjÃ¸rn-the-Norwegian brought Port and third place in Ithaca’s 1st Annual International Rock Skipping Championship while Hild-the-Norwegian stole a pumpkin pie recipe off the internet.


(more on our Turkey Day: http://www.rygnestad.net/family/potter/newsletters/thanksgiving.htm)

Here are a couple of photos of two dinners we prepared at the cabin in Estes Park during Christmas 2009: Turkey and Posole.  Recipes to come…. 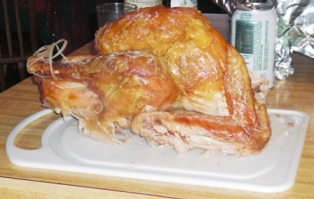 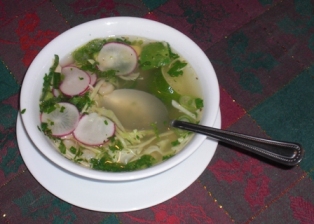 Posole a la Alvaro (soup with pork and vegetables)